Traditionally, Jude was/is recognized as the Brother of James who wrote the Epistle by the same name and the half-brother of Jesus, Himself. By his own admission, Jude was doubtful of Jesus’ deity until after the resurrection and he clung to the Apostles teachings who were his peers. Jude does not recognize himself or give himself the title of Apostle, nor does he bask in the fact that he is related on an earthly basis to Jesus. Just as James was too modest to exploit his natural relationship with Jesus, so Jude simply refers to himself as a bondservant.

He wrote this letter approximately between 65 and 70 A.D. just before the destruction of the Jewish Temple by the Romans. It is said that he wanted to write about the common Christian Faith and especially the Apostles teachings, but false teachings were becoming so prevalent during the time period of the letter that he felt led to spend his writing on “contending for the faith.” He felt, as evidenced by his writing, that the need of the church was to keep vigilant and to openly and actively oppose the heresy that was attacking the church. 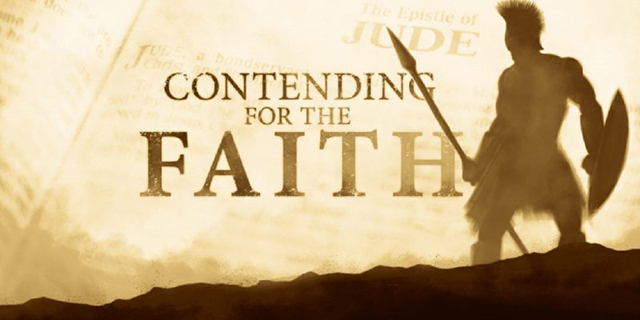 Just as was indicated in the Epistles of John, the greatest heresy attacking the church and its teachings was Gnosticism. Gnostics opposed the deity and incarnation of Christ Jesus and the call to Christian ethics. They believed that all material and natural things are evil and only the spiritual is worthy of God, so they developed their “spiritual” senses and felt they could do whatever they want in the flesh because it was their spirits that would gain heaven.

Jude also wrote heavily about apostasy and it is such an importance subject and even today is presented in the light of controversy. Apostasy or an apostate is one who knows the truth, but after knowing it and tasting of “its fruit” turns their back on that truth.

Jude seems to echo the concerns that the writer of Hebrews had concerning the subject of apostasy.

“For it is impossible for those who were once enlightened, and have tasted the heavenly gift, and have become partakers of the Holy Spirit, and have tasted the good word of God and the powers of the age to come, if they fall away, to renew them again to repentance, since they crucify again for themselves the Son of God, and put Him to an open shame.” – Hebrews 6:4-6.

I’d love to do a discourse on apostasy here and now, but I need to save it for after the introduction. Suffice it to say that Jude was very concerned about it at the time of writing his letter. 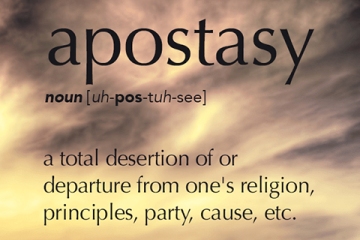 In regards to apostasy, Jude is very similar in his writing as the Apostle Peter in Peter’s second Epistle. Chapter 2, verses 1-18 are very similar to Jude’s writing in verses 4 through 16 and it is not known whether Peter may have used Jude’s writing to explain his or vice-versa. The truth of the matter is that when the Holy Spirit inspired the writers of the letters, in part, it was to confirm the truth and validity of the Word. Despite the similarities there are some intriguing differences as well. It is well worth the time spent comparing the two passages. There are spiritual meanings behind both, the similarities AND the differences and it would behoove us to rely on the inspiration of the Holy Spirit to open our spiritual “eyes” to see the difference.

Standing firm in our faith and in the teaching of the Word of God, being vigilant against false teachers and leaders who would undermine the true Word of God and being confident and assured in our Salvation as we follow after Christ Jesus were the hallmarks of Jude’s letter. It is a short letter, but in terms of significance, it is every bit as important as any of the longer treatise written before.

Jude 1:1, “Jude, a bondservant of Jesus Christ, and brother of James, To those who are called, sanctified by God the Father, and preserved in Jesus Christ:”

Jude’s opening salutation lends to the serious nature of what he is about to write, yet he is ever sure to address it to believers and he is modest in stating his authority by simply stating that he is a bondservant of Jesus Christ, not even hinting or exploiting his natural relationship with Jesus other than to state that he is also the brother of James, the writer of the Epistle of James.

He starts out with three characteristics that are true of all believers. Jude is addressing the called, the sanctified by God and the preserved in Jesus Christ. We are called out of the world by the truth and power of the Gospel and the faith given to accept that Word. We are set apart by God, our Heavenly Father, to be God’s special, pure and holy people. A people after his own heart, as it were. We are also preserved and saved in Christ Jesus from the dangers of the world, the damage, corruption and even damnation that is inherent in our sinful nature until we are Redeemed unto the King of Kings and Lord of Lords.

In this simple first verse, Jude is already reminding the Christians of the early Church of their standing before God Almighty in Christ Jesus and reminding them and us of the precious promise and blessings that go along with being a called out and special people. 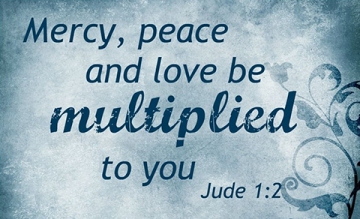 Jude then completes his salutation to the body of believers with these three things:

When you give some thought to this simple greeting and you realize and recognize why Jude is writing to the body of believers at this time, it is evident that there is more power in this greeting than at first glance due to the onslaught of false and perverted teaching that was attacking the early church.

Just to remind everyone, mercy means God’s compassionate comfort AND care to His set-aside and special people in times of stress and struggle. It is unearned and given as a characteristic of Godly love to His people. Mercy in this case is a verb as well as a noun. It is a something that is tangible and able to be comprehended, but in the giving, it is also an action that gives the believer strength from and in the Lord God Almighty! In essence, it is a result of faith in action, faith in the Father’s love and compassion for His children.

Peace falls on the heals of mercy. Without the knowledge and the real substance of mercy, we would be hard-pressed to experience true Godly peace. Peace is the serenity AND the confidence that comes from reliance on God’s Word and from looking beyond our natural circumstances to our Sovereign Lord Who is above and beyond any circumstance we face and able to use those circumstances for His own purpose and in the process is continually making us stronger and more reliant on Him.

Both of these qualities are ACTS, actions of God’s Love, His Agape, towards His chosen children. It is, as it were, an embrace of His supernatural affection to each of us individually. Yet at the same time, Godly love is not something that should just be received, but also GIVEN to others. It is a gift in the sense that it is given unconditionally and in turn should be SHARED unconditionally with the rest of God’s great creation! 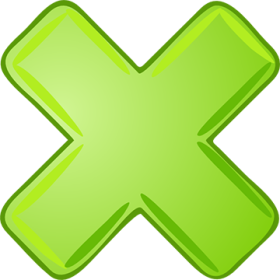 Now notice how Jude finishes off the blessing; he wishes and desires that these three important blessings be MULTIPLIED to us. Not measure or metered out to us by pure addition but rather by multiplication. As a child of God, there is no limitations, no restrictions as to how much mercy, peace and love we can attain. God’s ability is only limited by our ability to accept these three spiritual fruit from Him. God desires that we have as much as we can accept and this is why Jude, under inspiration of the Holy Spirit, was putting no limits to the blessings of these three characteristics! These inherently belong to the church, the special people, called and chosen by God for them to not just enjoy, but to use in strength and purpose, to remain strong in the faith and vigilant concerning God’s Truths.