2 John 1:4-6, “I rejoiced greatly that I have found some of your children walking in truth, as we received commandment from the Father. And now I plead with you, lady, not as though I wrote a new commandment to you, but that which we have had from the beginning: that we love one another. This is love, that we walk according to His commandments. This is the commandment, that as you have heard from the beginning, you should walk in it.”

Continuing on in his letter, the Apostle expresses his delight and joy that SOME of the “lady’s” children are walking in truth. Again, I have to hypothesize that he is addressing a church rather than an actual lady. Even today, we see in our brick and mortar churches there are those who are obviously attending as part of some traditional ritual due to believing it is what is “expected.” Then there are those who are there out of genuine love for the Lord AND for their brothers in sisters, and this is one of their ways of being able to demonstrate active love towards one another.

Here is another reason I believe this is to a/the church rather than a personal lady. Under the inspiration of the Holy Spirit, Who KNOWS this is going to be part of the Holy Canon, it stands to reason that it would be allegorically addressed to the ELECT lady which is a designation for the Bride of Christ Jesus. Also, the Beloved Apostle closes the letter with the thought that he will share more face to face rather than writing down anything more, which would stand to reason that he would like to address a church and what he is pleased with on a personal level, that “our joy may be full.” He is including himself as a part of this joy that is to be shared. Since he has shared so much in his first Epistle/letter, this stands more of a reminder and thus he desires to be with them to share personal observations or insights, as would benefit a church which is attempting to continue to “walk in truth.”

Just something to think about when you are reading this short letter. This is why studying the Word produces such treasures in thought over just reading the Word. It gives you a greater insight into the mind of the Lord, through the writer, and let’s you understand that even though written ages ago, it is still very much relevant for today!

The Beloved Apostle considers himself to be an Elder, as we established earlier, this would be more appropriate for a group of people rather than just an individual, but it also lets us into the mind of the Lord in the sense that we are members of His True Church, the Bride of Christ Jesus. The Lord is OUR Elder in the same sense as the Apostle is writing, but just in a greater sense. He rejoices when He sees us continuing to walk in the same truth that He established through His Son, Jesus Christ, as the Holy Word reminds us. We ARE His children and thus it is only reasonable that us following His commandments would result in His joy as well!

Then John writes something interesting, at least I found it interesting; in the King James version, it says “I beseech thee,” and in the New King James version it says “I plead with you,” and both of these versions give the intent or thought of “intreating, to urge” or a strong desire to speak. That’s pretty intense speech when you consider it. So what is it that he strongly desires to relay? He writes something that is a similar repeat of 1 John 2:7, “not as though I wrote a new commandment to you, but that which we have had from the beginning: that we love one another.”

This is a common theme, not just of this Apostle’s writing, but of the Bible as a whole; we are to love one another. The fact that John is writing that he is urging, intreating, beseeching or pleading to remind them, is an indication that just maybe there is a little bit of problem when demonstrating love towards one another.

As I have written many, many times in the past, true Love, Agape, is active, it is an action. God Himself is Love, but He demonstrates that by what He has done for His creation and His children. So that is the example for us. It is not just a matter of us saying or stating, “I love you,” but more so than saying it, our actions truly demonstrate it. That old cliché that “actions speak louder than words,” couldn’t apply more than to the situation of our loving one another.

In these three verses we catch a glimpse of a couple of interesting things concerning the Beloved Apostle, first, we see his joy, exemplified by what he writes concerning those walking in the truth, and second, we see his instruction or charge, to continue to WALK in love, a reminder that they already know to do it, but a charge to continue in it. 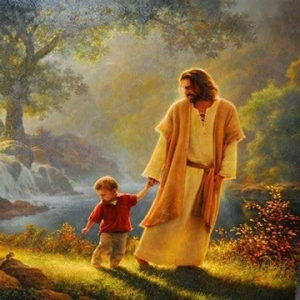 Anyone who has walked with the Lord for a significant amount of time, can recognize that the way John expresses himself to those he loves is the same way the Lord expresses Himself to us His children. He is quick to remind us of His pleasure and joy when we walk in faith and follow His commandments, yet He is not slow in reminding us to continue to walk in what we know to be true. Like the loving Father that He is, He gives us all the necessary means to not just be obedient children, but successful children in our example of His Son, Christ Jesus and as co-heirs to Christ Jesus!

A thought in closing this section, we cannot truly love, Agape, unconditional, divine love, unless we are walking IN obedience to the Lord’s commandments, which we have abiding in our hearts, and to the Truth that God Almighty has established.

Next we will begin with 2 John verse 7.