God Is Sovereign Above All – 1

From May to September 1787, the American Constitutional Convention met in Philadelphia to develop a system of government for the new nation. By June 28, progress had been so slow that Benjamin Franklin stood and addressed George Washington, president of the convention. Among other things, he said: “I have lived, Sir, a long time, and the longer I live, the more convincing proofs I see of this truth—that God governs in the affairs of men.” He then moved that they invite some of the local clergy to come to the assembly to lead them in prayer for divine guidance. The motion would have passed except that the convention had no budget for paying visiting chaplains.

Though not a professed evangelical believer, Franklin was a man who believed in a God who is the Architect and Governor of the universe, a conviction that agrees with the testimony of Scripture. Abraham called God “the Judge of all the earth” (Genesis 18:25), and King Hezekiah prayed, “You are God, You alone, of all the kingdoms of the earth.” – 2 Kings 19:15. In Daniel’s day, King Nebuchadnezzar learned the hard way that “the Most High is sovereign over all kingdoms on earth.” – Daniel 4:32 (NIV).

The first chapter of Daniel’s book gives ample evidence of the sovereign hand of God in the affairs of both nations and individuals.

For decades, the prophets had warned the rulers of Judah that their idolatry, immorality, and injustice toward the poor and needy would lead to the nation’s ruin. The prophets saw the day coming when God would bring the Babylonian army to destroy Jerusalem and the temple and take the people captive to Babylon. A century before the fall of Jerusalem, the Prophet Isaiah had proclaimed this message (Isaiah 13; 21; and 39), and Micah his contemporary shared the burden (Micah 4:10). The Prophet Habakkuk couldn’t understand how Jehovah could use the godless Babylonians to chasten His own people (Habakkuk 1), and Jeremiah lived to see these prophecies, plus his own prophecies, all come true (Jeremiah 20; 25; 27). God would rather have His people living in shameful captivity in a pagan land than living like pagans in the Holy Land and disgracing His name. 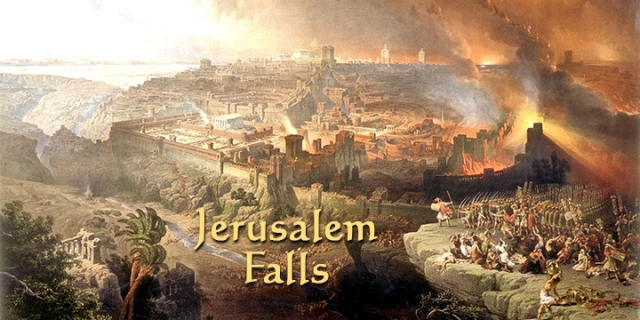 The fall of Jerusalem looked like the triumph of the pagan gods over the true God of Israel. Nebuchadnezzar burned the temple of God and even took the sacred furnishings and put them into the temple of his own god in Babylon. Later, Belshazzar would use some of those holy vessels to praise his own gods at a pagan feast, and God would judge him (Daniel 5). No matter how you viewed the fall of Jerusalem, it looked like a victory for the idols; but it was actually a victory for the Lord! He kept His covenant with Israel and He fulfilled His promises. In fact, the same God who raised up the Babylonians to defeat Judah later raised up the Medes and Persians to conquer Babylon. The Lord also ordained that a pagan ruler decree that the Jews could return to their land and rebuild their temple. As missionary leader A.T. Pierson used to say, “History is His story.”

God had made a covenant with the people of Israel, promising that He would care for them and bless them if they obeyed His statutes, but if they disobeyed, He would chasten them and scatter them among the Gentiles (Leviticus 26; Deuteronomy 27–30). He wanted Israel to be “a light to the Gentiles” (Isaiah 42:6) and reveal the glories of the true and living God; but instead, the Jews became like the Gentiles and worshiped their false gods. The nation’s ungodly kings and civic leaders, the false prophets and the faithless priests were the cause of the moral decay and the ultimate destruction of the nation (Lamentations 4:13; Jeremiah 23:9–16; 2 Chronicles 6:14–21). How strange that God’s own people didn’t obey Him, but Nebuchadnezzar and the pagan Babylonian army did obey Him!

So wise and powerful is our God that He can permit men and women to make personal choices and still accomplish His purposes in this world. When He isn’t permitted to rule, He will overrule, but His will shall ultimately be done and His name glorified. We worship and serve a sovereign God who is never caught by surprise. No matter what our circumstances may be, we can always say with confidence, “Alleluia! For the Lord God Omnipotent reigns!” – Revelation 19:6.