Responsibility is one of the major themes of these four chapters. The Jewish exiles in Babylon were blaming their ancestors for the terrible judgment that had befallen them, so Ezekiel explained that God judges people individually for their own sins and not for somebody else’s sins. He then pointed out that the Jewish leaders were responsible for the foolish decisions they had made, and that the nation itself had a long history of irresponsibility. Finally, the prophet reminded his listeners that the Lord Jehovah also had a responsibility to be faithful to Himself and His covenant with the Jews, and this was why He had chastened them. By dealing with the subject of personal and national responsibility, Ezekiel was able to answer the frequent complaints of the people that the Lord was treating them unfairly.

Responsibility and accountability are needed themes in our own day. Irresponsibility is rampant and very few people are willing to take the blame for wrongs committed or mistakes made. But that isn’t a new thing; after our first parents sinned, Adam blamed Eve and Eve blamed the serpent, but God still held Adam and Eve responsible for their disobedience and punished them accordingly. The Jews in Ezekiel’s day were sure that God would deliver them and spare Jerusalem because Israel was God’s chosen people, but they forgot that privilege always brings responsibility. They had the greatest law ever given to a nation, but they disobeyed it. The Lord gave them a wonderful land for their home, and they defiled it with idolatry. They violated the terms of the divine covenant and then were shocked when the Lord obeyed the covenant and chastened them.

Please read Ezekiel 18:1-32 for the background to this section.

As you read this chapter, you find the prophet answering the erroneous statements the Jewish exiles were making about God and their difficult situation. God knew what His people were saying and so did His prophet. Ignoring the inspired Word of God, the people were building their case on a popular proverb: “The fathers have eaten sour grapes, and the children’s teeth are set on edge.” In other words, they were saying in essence, “Our fathers have sinned and we, their children, are being punished for it.” Their philosophy was a kind of irresponsible defeatism. “No matter what we do,” they argued, “we still have to suffer because of what the older generation did.” The Prophet Jeremiah quoted the same familiar proverb and preached the same truth that Ezekiel preached; God deals with us as individuals and punishes each of us justly for what we ourselves do (Jeremiah 31:29–30). They refused to remember that He is a just and righteous God who shows no partiality (Deuteronomy 10:17; 32:4). If He withholds punishment, it’s only because of His steadfast grace and merciful long-suffering. 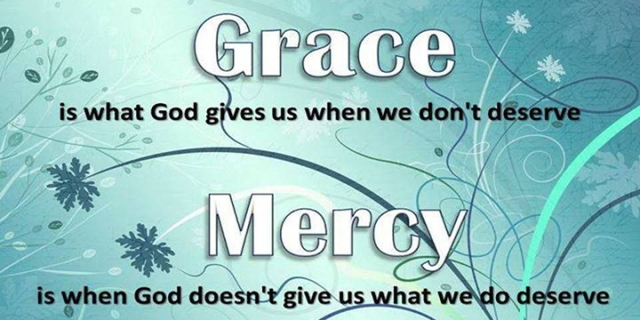 Where did Ezekiel’s listeners get the idea that God punished the children for the sins of their fathers? Basically, this philosophy came from two sources:

As for the solidarity, the oneness of the nation, the Jewish people did consider themselves one people who descended from Abraham. Since each tribe descended from one of the sons of Jacob, Israel claimed both national and tribal solidarity. If only one Israelite disobeyed the Lord, it was as though all Israel had sinned, as in the case of Achan (Joshua 7:1, 11; and see Joshua 22, especially verses 18–20). Knowing this fact, the Jewish people concluded that the Babylonian invasion and the nation’s exile were the consequences of the sins of the previous generation.

Ezekiel answered the people’s objections and explained the truth about God’s judgment and justice by sharing some hypothetical situations and drawing some conclusions.

Adaptation of excerpts from Warren W. Wiersbe, Be Reverent, “Be” Commentary Series.
Unless otherwise noted, Scripture taken from the New King James Version®, NKJV © 1982 by Thomas Nelson.
Used by permission. All rights reserved.