Tasks of a Prophet

*Pastor’s Note: I want to state right up front that if you are one of those Christians, and I do believe you’re a Christian, who doesn’t believe in the office of a Prophet as a ministerial gift in this day and time, what many call the dispensation of the Church, then I’m sad to say this article is probably not for you.

However, if you are the least bit curious about what a Prophet was or even is today you might be interested in some of the facts that I have gleaned from one of the well-known teachers of end-time prophecy.

I will state up front that I am not one who is into TITLES other than the ones necessary for legal purposes as I have always taught that you are what you do IN the Lord. If your motive is to serve the Lord and the church, there is no title necessary to accomplish your tasks to which the Holy Spirit has called and equipped you. However, there are indications of your ministry in the things you do for the Lord and especially related to the desires to see them accomplished.

With that in mind, here’s an article from one of favorite prophecy teachers, Mark Hitchcock, from his book, The Complete Book of Bible Prophecy.

As I have stated time and again and will do so here, with any of these articles that are not mine, the credit is listed at the end of the excerpted article and all rights are reserved to the author and publisher.

1 Thessalonians 5:16-21, “Rejoice always, pray without ceasing, in everything give thanks; for this is the will of God in Christ Jesus for you. Do not quench the Spirit. Do not despise prophecies. Test all things; hold fast what is good. Abstain from every form of evil.” KNJV (Bold emphasis, added). 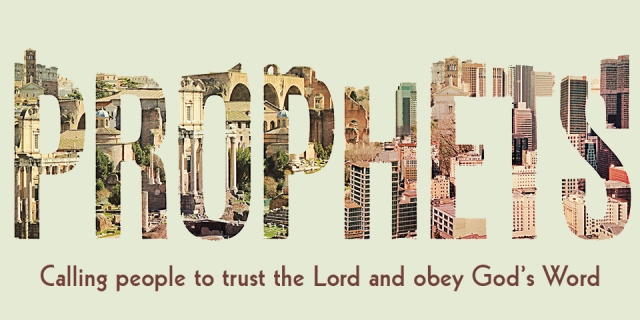 When most people think of the job description for a prophet, they immediately think of dramatic dreams and visions of the future apocalypse. The common image of a prophet is of a predictor and prognosticator. Biblical prophets foretold the future with 100 percent accuracy and announced the coming Messiah, the coming of Antichrist, and the end of the world. This aspect of the prophet’s ministry is often called “foretelling.” The prophet was God’s mouthpiece and spokesman for predicting and previewing the future of Israel and other nations.

This future-predicting aspect of the prophet’s mission—the unfulfilled Bible prophecies of the last days or end times—is the primary focus of this book. However, it is important to remember that the prophets also had a powerful, pertinent message for the people of their own day. This aspect of the prophet’s ministry is sometimes called “forthtelling.” The prophet echoed forth God’s message to his or her own generation.

It is also important to understand that even in the forthtelling function of the prophet, the foretelling element is always present to some degree. When the prophets spoke to their contemporaries about current situations, they generally included warnings and encouragements about the future in their message. Almost every prophet appears first as a foreteller. The notion of prediction seems to be the very essence of the prophetic office and function (Deuteronomy 18:20–22). Nevertheless, while always recognizing the future aspect of all prophecy, it is important for us to also remember the important function of the prophets to their contemporary society.

In the Scriptures there are at least five specific tasks, functions, or missions that the prophets fulfilled as they announced God’s message to the people of their day. Let’s briefly consider the five functions of forthtelling:

Reformers The prophets served as reformers. They consistently called the people to obey the law of God. The prophets were ethical and moral preachers who denounced all the moral, religious, and social evils of the day. The prophet of God was called on to fearlessly rebuke idolatry, marital infidelity, oppression of the poor and needy, injustice, and social, moral, and political corruption. The prophets called people to turn back from their sinful ways and to live in conformity to God’s Word.

Statesmen The prophets confronted kings and played the role of statesman in national affairs. Interestingly, the first two kings of Israel, Saul and David, were also prophets. But the two roles even in that day were clearly separate. The prophet Samuel confronted Saul about his disobedience (1 Samuel 15:13–23), and the prophet Nathan confronted David when he committed murder and adultery (2 Samuel 12:1–12).

Watchmen The prophets served as watchmen among the people. God raised up the prophets to point out the people’s religious apostasy and to trumpet forth warnings of judgment for the people’s failure to turn from idolatry.

Intercessors The prophets served as intercessors for God’s people. While the priests were the primary intercessors, offering sacrifices for the people, the prophets also assumed this role, apart from sacrificial and ceremonial activity. There are numerous instances of prophets praying for the needs of people.

Comforters and Encouragers The prophets comforted and encouraged God’s people. Prophets are often caricatured as negative doomsayers who spent all their time going around lambasting people for their sins. As we have seen, this was certainly a principal part of their calling. But we often forget that a key aspect of the prophet’s ministry was to console and comfort. First Corinthians 14:3 says, “One who prophesies is helping others grow in the Lord, encouraging and comforting them.” (NIV). The prophets were called by God again and again to remind the people of his faithfulness, love, mercy, and compassion. By urging the people to conform their lives to God’s law, the prophets edified and encouraged the Lord’s people. In Isaiah 40:1–2, the Lord tells the prophet, “‘Comfort, comfort my people,’ says your God. ‘Speak tenderly to Jerusalem. Tell her that her sad days are gone and that her sins are pardoned.’” (NLT).

The prophet Nahum, whose name means “comfort” or “consolation,” brought comfort to the nation of Israel by predicting and previewing the savage destruction of the wicked city of Nineveh. (Nahum is often called the book Jonah would like to have written.) In this short book of three chapters, Nahum clearly presents judgment and comfort side by side. This is not unique to Nahum. While almost all the prophets spoke about God’s judgment and wrath on the unrepentant, many also closed their message with the promise of a glorious future in the messianic kingdom. So even in the midst of judgment, there is a beautiful message of hope, comfort, and encouragement. Hobart Freeman summarizes the task of the prophet in this way:

The prophets boldly rebuked vice, denounced political corruption, oppression, idolatry and moral degeneracy. They were preachers of righteousness, reformers, and revivalists of spiritual religion, as well as prophets of future judgment or blessing. They were raised up in times of crisis to instruct, rebuke, warn and comfort Israel, but interwoven with their ethical and moral teaching are to be found numerous predictions of future events concerning Israel, the nations and the Messianic kingdom.[1] 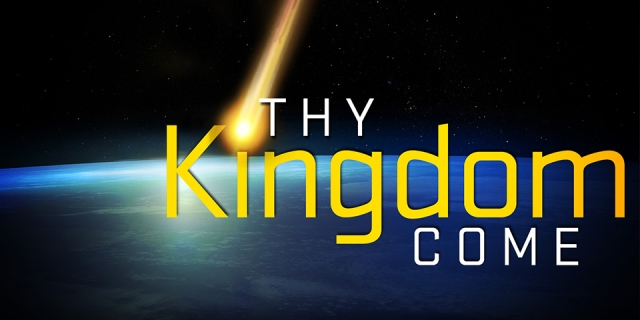