*Pastor’s Note: This is another short article I wrote in the late 90s along with some others for the Church section of the local newspaper where we lived in Globe, Arizona. I thought it might interest my readers and I HAVE updated some of the Scriptures references. All in all, it is pretty much as it was published in the Church editorial of the newspaper. The pictures were added for this posting.

It’s said that confession is good for the soul and I admit that it’s true. Something that I have had to battle with from time to time is temper; you know, anger, blowing up. Oh, I’m not proud of it by any means, but don’t get me wrong, I don’t get mad at the drop of a hat. Usually, it takes something fairly wrong for my temper to display itself. I’ve told people in the past it’s because I have a real passion for what is right.

That isn’t an excuse I know. The Bible says in Galatians 5:20 that “outburts of anger,” the King James Bible calls it wrath, are deeds of the flesh, something that is in direct opposition to the Spirit. In verse 24, Paul says, “Those who belong to Christ Jesus have crucified the flesh with it’s passions and desires.” The original Greek word for passion means emotion, typically something that influences your actions. In other words, we are to crucify that which would control us other than the Spirit.

I’ve had well meaning Christians tell me that it’s okay to get mad from time to time; after all, Jesus Himself got mad and threw the moneychangers out of the temple in Jerusalem. The problem is, a lot of people use that scripture in John 2:13-17 to justify temper or anger. Anger, though, is not the central principle in that scripture, but zeal is. His disciples remembered from scripture, Psalms 69:9, that zeal, not anger, was one of Christ’s character traits prophesied by the Psalmist, King David. I’ve said it many times before, scripture does not contradict itself. 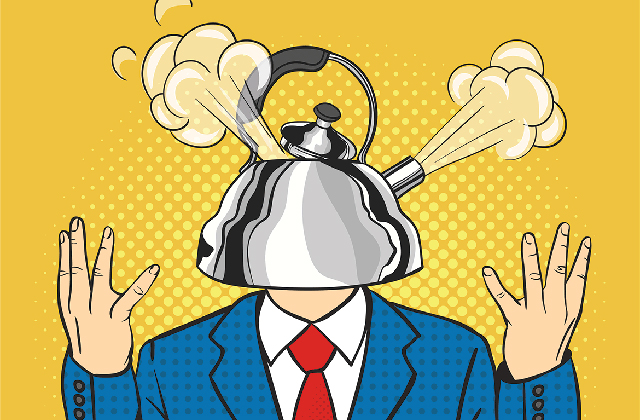 The real key then is to take Christ’s example and develop zeal within our character. Now this is not a word that is thrown around in conversation much today, but maybe as Christians we need to bring it back. Simply put, zeal is a fervent devotion to a cause, and fervency means to have an intensity of feeling.

Sounds a lot like passion, doesn’t it? Very close. The difference though can be found throughout scripture. Zeal is always in conjunction with righteousness and good deeds. If you remember the significance of the temple, and all that it stood for, then you can get a picture of what motivated Christ in the incident recorded in John 2. Zeal was the motive and not anger.

I believe zeal is something, that as Christians, we need to cultivate back into our lifestyles. A very good friend, also a pastor, with whom I visit a lot was explaining to me his concerns for the apparent lack of “zeal” in many of our churches today. Our walk in the Lord should be exciting. It should have an intensity of feeling. Our living everyday should be filled with intense devotion to God, our Father. If the Lord is to be number one in our lives, we should be zealous towards Him. If the zeal is lacking in your lives, it’s easy to get hold of again. It’s a simple act of bending our knees before the Lord and asking.

In His message to the Church of Laodicea in Revelation 3, the Lord says in verse 19, “Those whom I love, I reprove and discipline; be zealous therefore, and repent.” For myself, I repent of angry outbursts, of which I have been guilty of plenty in the past. I would much rather strive to attain a greater amount of Spirit-led zeal.