3 John 1:12-14, “Demetrius has a good testimony from all, and from the truth itself. And we also bear witness, and you know that our testimony is true. I had many things to write, but I do not wish to write to you with pen and ink; but I hope to see you shortly, and we shall speak face to face. Peace to you. Our friends greet you. Greet the friends by name.”

Here we see the close of John’s third letter and the similarities to the closing of the second. He has more to say, which he would rather do in a face to face, more personal way. As to the man Demetrius, it is common legend that he was most likely the one entrusted to carry this letter, written by the Beloved Apostle to John’s dear friend Gaius.

What is interesting is all that John implies in this simple verse. Remember, going back to the last lesson, he had a lot of negative and warning, to say about the self-proclaimed and corrupt leader Diotrephes. By contrast, he has little to say about Demetrius but what positives he DID have to say certainly outshone the negatives of the corruption of Diotrephes. 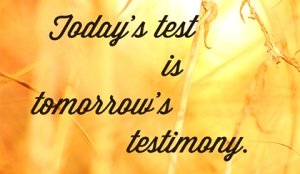 Other people and truth itself testify to the goodness of this man. I read somewhere where it stated, “if truth could speak, if it had a voice, it would speak on behalf of this man, Demetrius.” Now think of it, that is a pretty high compliment and especially in light of such an utter warning concerning the self-appointed leader, Diotrephes. John has a real tendency to contrast light and darkness, truth and falsehood and he does so in truly practical ways. He doesn’t just teach a Spiritual Principle or concept, but when readily available also gives a practical example as in this case.

This kind of example just elevates his instruction to his friend Gaius when he told him what we discussed in last lesson; “Beloved, do not imitate what is evil, but what is good. He who does good is of God, but he who does evil has not seen God.” – 3 John 1:11. It truly is one thing to relay a Spiritual Principle but quite another to actually give a real-world example of one that exemplifies what he is teaching.

Now concerning Gaius, you can also imagine, with a recommendation like was given to Demetrius that, if he was the bearer of the letter, Gaius would have most definitely opened his home to him, given Gaius’ penchant for hospitality anyway.

Now one final thought concerning Demetrius in regard to John’s personification of the truth. The late evangelist and teacher, Frank Binford Hole (1874-1964) has been attributed to saying this about this passage:

Now I want to make one final comparison; in as much as 2 John towards the end emphasizes the need to refuse hospitality to those teaching false doctrines (2 John verses 10-11), the Beloved Apostle, in this letter, is urging continued hospitality to those who are carrying the message of truth. Again, remember one of the main themes of this letter was the NEED for hospitality given to those servants who endeavor to carry the good news to others.

Today, we may NOT be able to open our homes to traveling ministries (not every one can, and it may not be the most comfortable for them), but we CAN consider creative ways in which to make their stay in our towns and cities more comfortable and less stressful when it comes to them having to be concerned about finances, meals, traveling about and such.

These last two letters may seem short and to a degree, inconsequential, but when you look beyond the text at what the Beloved Apostle is teaching in each one, and you recognize the implications of the Spiritual Principles he is teaching, we are blessed beyond measure to have them included into the Biblical Canon.

These are letters of practicality that have transcended time and are still relevant even in today’s age. Fellowship, face to face, greeting one another in love and meeting the needs of those who are willing to follow a calling that all of us do not have is an important part of keeping the fabric, the sinew and all the other things that keep the overall Body of Christ strong and functioning. 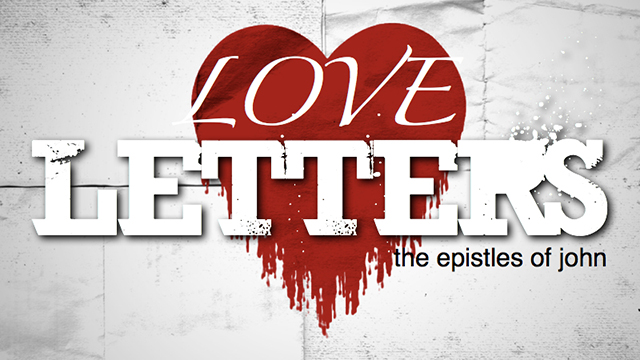 I believe that soon, very soon indeed, the Body of Christ will have to start stretching its spiritual muscles as it were, for the last day’s push to win souls to Christ before His feet touch the clouds and calls His children home, is very, very close indeed.

In closing the last of these wonderful letters to the True Church of God, I want to say this again from the Gospel of Luke, “Then they (WE) will see the Son of Man coming in a cloud with power and great glory. Now when these things begin to happen, look up and lift up your heads, because your redemption draws near.” – Luke 21:27-28. (bold emphasis, mine).

Thus ends the Expository teachings on the Epistles of John.