1 John 4:11-13, “Beloved, if God so loved us, we also ought to love one another. No one has seen God at any time. If we love one another, God abides in us, and His love has been perfected in us. By this we know that we abide in Him, and He in us, because He has given us of His Spirit.”

When John starts out, he says, “if God so loved us,” and many who have read this, and especially those not spiritually reborn, wonder if this is a hint of doubt about God’s love and these real doubters are quick to point out, “See, the Bible contradicts itself.” The truth of the matter is that when John wrote this, the sense of the word used in the English for “IF” can also be translated “since.” In other words, as John is continuing his thoughts from the previous verses, the more correct translation would be, “Beloved, SINCE God so loved us.”

This also stands to reason what the Apostle wrote following, “since God so loved us, we also ought to love one another.” There is no doubt whatsoever implied that God MIGHT love us, or MAYBE loves us, but rather SINCE He definitely does, John is stating this emphatically. Since God’s love is so emphatically showered towards and upon us, we in turn should definitely share that love by being and demonstrating God’s example; loving others as He definitely loves us! This, since it is the first part of the coming statements is just one of the reasons why God has showered His love upon us.

Now this first statement is pretty obvious and John has covered it quite nicely throughout the previous parts of his letter. As I stated in another lesson, John’s type of teaching takes two or three steps forward and then one back in review, so his habit is that of one reminding of the foundation laid down before he continues. This is a great way of making sure those hearing are remembering the important aspects of a lesson or teaching.

But the Beloved Apostle goes on to expound on something he had touched on in his Gospel account. In this letter, he says, “No one has seen God at any time.” Okay. “God is Spirit, and those who worship Him must worship in spirit and truth.” – John 4:24. But that isn’t the main point I want to make. In his Gospel, the Apostle writes, “No one has seen God at any time. The only begotten Son, who is in the bosom of the Father, He has declared Him.” – John 1:18. So, yes, though John later explains why no one has seen God, because He IS Spirit, the point he makes at the very first part of his Gospel and the point he is reiterating in his letter is that when Christ Jesus walked this earth over two thousand years ago, Jesus DECLARED or told the world about God. Jesus was the conduit as it were, for the Father who couldn’t be seen. Jesus later on in John’s Gospel account tells His disciple Philip, “He who has seen Me has seen the Father;” – John 14:9. Therefore, Jesus was the visible manifestation of an invisible God, the Father, Who is Spirit. (Colossians 1:15).

The point I want to make is this; when Christ Jesus was here, the Father was manifested through Christ Jesus, but not now, for Jesus has ascended to the Father in Heaven where His Kingdom is. The point John is making is that since no one has seen God and since Jesus has risen to the Throne WE as believers are now the manifestation of God to the world. He makes this point by this statement, “If we love one another, God abides in us, and His love has been perfected in us.”

This means that God’s love demonstrated towards each of us individually has achieved its intended goals. I stated above that Jesus Christ was a conduit to the Father and He still is, but also, as believers, since Christ is reigning in His Heavenly Kingdom at the Right-Hand of the Father, we are the conduits of the Father’s love here on earth. Since God abides IN us due to our loving one another, His love is completed and perfected within each of us.

Now I want you to understand something important here; we were never meant to be the sealed vessel or the end-all of God’s love. Okay, we’ve accepted Christ Jesus, and we have received the Father’s love, we love one another and we just coast through the Gates of the Heavenly Kingdom! No! On the contrary, as conduits ourselves, we are to be open vessels of God’s love, like irrigation channels take the water from the source and send it to rows of planted crops, we are the channels to take the Water of Life, God’s Love from the source and send it out to others who need to also drink from these Living Waters! Now think of it; how AMAZING is that!

We have all heard the preaching and read the teaching that our Heavenly Father uses us as willing vessels for His Will to be accomplished, but to think of ourselves as channels of God’s Love to the rest of the world, astounding! It’s His Love that is perfected in us, not our love, and we take His Love and spread it out to others so that just like Jesus DECLARED to the world that God is real and alive and is the Father of all, we now can declare to the world the exact same thing as Christ Jesus’ example!

That, in and of itself is exciting enough, yet John goes on to further explain that when we do share that love with others that is PROOF positive that we are IN Him and He in turn, is IN each of us! When, since, we love one another, God abides IN us. Then he goes on to give us an additional proof, an additional BONUS as it were, “because He has given us His Spirit.” So, we know He abides IN us and we abide IN Him, because we love one another. But ALSO, we know this same fact, “because He has given us His Spirit!”

Most everyone knows what circular reasoning or the phrase, Catch-22 means and it may seem like that here. We love one another, God abides in us and we in Him, thus we are ABLE to love one another BECAUSE He abides in us and we in Him. Yet here is what the Beloved Apostle is stating; because we love one another, God DOES abide in us and we in Him, but because He abides IN us, it is His Spirit that He has promised that abides in us. He has given of HIS Spirit to dwell within each of us when we have been born-again, spiritually reborn. Jesus promised it right before He ascended. The day of Pentecost was the proof of it and since that day, the POWER to love, unconditionally, as God the Father loves, has been given to those who are IN Christ Jesus! Since Christ Jesus and the Father are One, and the Holy Spirit is the Spirit of Christ and the Father, He abides IN us and give us the power to demonstrate and declare to the world HIS Love towards others!

The Apostle Paul wrote in confirmation of these very things:

“Now hope does not disappoint, because the love of God has been poured out in our hearts by the Holy Spirit who was given to us.” – Romans 5:5.

“But you are not in the flesh but in the Spirit, if indeed the Spirit of God dwells in you. Now if anyone does not have the Spirit of Christ, he is not His.”

“In Him you also trusted, after you heard the word of truth, the gospel of your salvation; in whom also, having believed, you were sealed with the Holy Spirit of promise, . . .” – Ephesians 1:13.

“Now He who establishes us with you in Christ and has anointed us is God, who also has sealed us and given us the Spirit in our hearts as a guarantee.” – 2 Corinthians 1:21-22.

Now I would be remiss if I didn’t apply this to what we see in the world around us and indeed in our very nation. In past lessons of 1 John I have pointed out how the Apostle tells us how to be on the lookout for falsehoods, to be discerning and to actually test the spirits. There is a term used today to try and discourage God’s TRUE children and disciples of pointing these things out; it is called political correctness and yes, it’s foundation and base is in the political arena’s of not just the United States but in the world.

The time for TRUE Christ-followers, those who are TRUE Christians, part of the Bride and Body of Christ to be “politically correct” is long over! As a fellow Preacher/Pastor coined, God’s Elijah’s and Elisha’s of this world must start to rise up and take the stand they have been ordained, anointed and called to take! The Word of God, the Living Word was given not JUST for doctrine, but as the Apostle Paul wrote to his protégé Timothy, “All Scripture is given by inspiration of God, and is profitable for doctrine, for reproof, for correction, for instruction in righteousness, that the man of God may be complete, thoroughly equipped for every good work.” – 2 Timothy 3:16.

It was given also to correct wrongs, for instruction in righteousness. It was also given to reprove, and there has been a lot of controversy over that term. In modern English it means to “blame, to disapprove, to reprimand or censure, to scold someone.” Yet, in the sense and context of this Scripture we already find correction and instruction in righteousness. The original words are fairly vague as well and yet the sense is as follows:

“The Spirit will teach men the true meaning of these three words: sin, righteousness, judgment.” [1]

I personally have taught for many years the sense is “as to re-prove the Word of God” in the light of those who might have doubts. It was the Apostle Paul who was always fond of saying, “Let us reason together.” 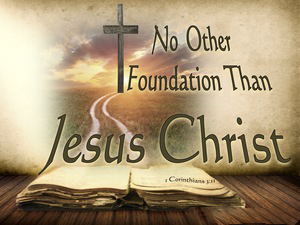 The point is, we have a foundation of truth that has lasted for literally thousands of years and it was given by the inspiration of that same Spirit that the Apostle John says now abides IN us; it is time, in fact it is long past time, that we use that inspired Word to confront through correction and instruction AND re-proof the meanings of those words, “sin, righteousness and judgment.”

SINCE, we are to love one another, what better way than to at least PLANT the Seed of Truth in their hearts and then let the Holy Spirit cause those seeds to grow! He has promised that His Word will never return void or empty. “So shall My word be that goes forth from My mouth; It shall not return to Me void, But it shall accomplish what I please, And it shall prosper in the thing for which I sent it.” – Isaiah 55:11.

With such great promise and assurance there is no reason why God’s true children cannot and do not start walking forward with the thought and intent of real revival already in their hearts! Revival, anointed, love-oriented, is like wild-fire; once started it is almost impossible to quench! What a thought! Maybe, just maybe, we should all start clinging to that very thought!

Next post we will begin with 1 John chapter 4 verse 14.