The Sheep and Their Shepherd II – Charles Spurgeon

*Pastor’s Note: I want to depart a bit from my normal practice of posting short sermons by these great men of God for one that is rather long. Because of the fact that it IS long, I am going to break it up into parts. I truly hope you can enjoy AND be inspired by the preaching/teaching of some of these great men as much as I do. God Bless for your patience. – Pastor Roland 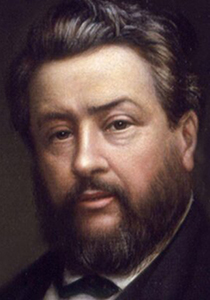 Charles Haddon Spurgeon (19 June 1834 – 31 January 1892) was an English Particular Baptist preacher. Spurgeon remains highly influential among Christians of various denominations, among whom he is known as the “Prince of Preachers.” He was a strong figure in the Reformed Baptist tradition, defending the Church in agreement with the 1689 London Baptist Confession of Faith understanding, and opposing the liberal and pragmatic theological tendencies in the Church of his day.

The Sheep and Their Shepherd

Delivered At the Metropolitan Tabernacle, Newington

I. Who is the proprietor of the sheep? They are all Christ’s. “My sheep hear my voice.” How came the saints to be Christ’s?

They are his, first of all, because he chose them. Ere the worlds were made, out of all the rest of mankind he selected them. He knew the race would fall and become unworthy of the faculties with which he endowed them, and the inheritance he had assigned them. To him belonged the sovereign prerogative that he might have mercy on whom he would have mercy; and he, out of his own absolute will, and according to the counsel of his own good pleasure, made choice severally and individually of certain persons, and he said, “These are mine.” Their names were written in his book: they became his portion and his heritage. Having chosen them of old so many ages ago, rest assured he will not lose them now. Men prize that which they have long had. If there is a thing that was mine but yesterday, and it is lost today, I might not fret about it; but if I have long possessed it, and called it my patrimony, I would not willingly part with it. Sheep of Christ, ye shall be his forever, because ye have been his from ever. They are Christ’s sheep, because his Father gave them to him. They were the gift of the Father to Christ. He often speaks of them in this way. “As many as thou hast given me:” “Thou hast given them me,” saith he, over and over again. Of old, the Father gave his people to Christ. Separating them from among men, he presented them to him as a gift, committed them into his hand as a trust, and ordained them for him as the lot of his inheritance. Thus they become a token of the Father’s love to his only begotten Son, a proof of the confidence he reposed in him, and a pledge of the honor that shall be done unto him. Now, I suppose we most of us know how to value a gift for the donor’s sake. If presented to us by one whom we love, we set great store by it. If it has been designed to be a love-token, it awakens in our minds many sweet memories. Though the intrinsic worth may be of small account, the associations make it exceedingly precious. We might be content to lose something of far greater value in itself rather than that which is the gift of a friend, the offering of his love I like the delicate sentiment of the poet, as it is expressed in that pretty verse–

“I never cast a flower away,

The gift of one who cared for me;

But it was done reluctantly.”

Yet, oh, how weak the words of human passion! but, oh, how strong the expressions of divine ardor, when Jesus speaks to the Father of “the men whom thou gavest me out of the world!” “Thine they were,” he says, “and thou gavest them me; and those that thou gavest me I have kept.” Ye sheep of Christ, rest safely; let not your soul be disturbed with fear. The Father gave you to his Son, and he will not lightly lose what God himself has given him. The infernal lions shall not rend the meanest lamb that is a love-token from the Father to his best Beloved. While Christ stands defending his own, he will protect them from the lion and the bear, that would take the lambs of his flock; he will not suffer the least of them to perish.

“My sheep,” says Christ. They are his, furthermore, because, in addition to his choice and to the gift, he has bought them with a price. They had sold themselves for naught; but he has redeemed them, not with corruptible things as with silver and gold, but with his precious blood. A man always esteems that to be exceedingly valuable which he procured with risk–with risk of life and limb. David felt he could not drink the water that the brave warriors who broke through the host of the Philistines brought to him from the well at Bethlehem, because it seemed to him as though it were the blood of the men that went in jeopardy of their lives; and he poured it out before the Lord. It was too precious a draught for him, when men’s lives had been hazarded for it. But the good Shepherd not only hazarded his life, but even laid it down for his sheep. Jacob exceedingly valued one part of his possessions, and he gave it to Joseph: he gave him one portion above his brethren. Now, you may be sure he would give, Joseph that which he thought most precious. But why did he give him that particular portion? Because, he says, “I took it out of the hand of the Amorite with my sword and with my bow.” Now, our blessed Shepherd esteems his sheep because they cost him his blood. They cost him his blood–I may say, he took them out of the hand of the Amorite with his sword and with his bow in bloody conflict, where he was victor, but yet was slain. There is not one sheep of all his flock but what he can see the mark of his blood on him. In the face of every saint the Savior sees, as in a glass, the memorial of his bloody sweat in Gethsemane, and his agonies at Golgotha. “Ye are not your own, for ye are bought with a price.” That stands as a call to duty, but it is at the same time a consolation, for if he has bought me, he will have me. Bought with such a price, he will not like to lose me, nor suffer any foe to take me out of his hand. Think not that Christ will suffer those to perish for whom he died. To me the very suggestion seems to draw near to the verge of blasphemy. If he has bought me with his blood, I cannot conceive he cares nothing for me, will take no further concern about me, or will suffer my soul to be cast into the pit. If he has suffered in my stead, where is justice gone that the substitute should bear my guilt, and I should bear it too? and where is mercy fled, that God should execute twice the punishment for one offense! Nay, beloved, those whom he hath bought with blood are his, and he will keep them.

Next time we will take up with Part Three