1 John 2:5, “But whoever keeps His word, truly the love of God is perfected in him. By this we know that we are in Him.”

Whenever you see the word “but,” or many times in the Bible, “therefore,” you always know the writer is continuing a thought put to pen right before the one you are reading, and it usually comes with a clarification or an affirmation.

In this sentence, John is completing what he started in verse 4; “He who says, “I know Him,” and does not keep His commandments, is a liar, and the truth is not in him.” BUT — whoever DOES keep His Word, the love of God is perfected in him. You see, the Apostle is making it clear that despite those who say one thing and do another, when you are IN God and you do what you say, God’s love is perfected in you!

I want to make clear something else that is a bit contrary to what has been taught over the years. When people read this fifth verse or they hear it taught, many, many times it is being taught that YOUR love for God is then being perfected, by your demonstration of keeping and obeying His Word. I am not saying this is not true to a very minor extent, but rather the emphasis is on God’s love for us and our knowledge of that. When we keep God’s Word, it demonstrates that we have knowledge, not just a basic belief, for that knowledge is perfected along with God’s love within us giving us more confidence and more assurance in our walk.

As in all things, as stated in the previous lesson, “practice does make perfect,” but God’s love is already within us to more than we can or do realize. By demonstrating His Word in our lives, our knowledge of that love that God gives us is being perfected, far beyond simply just believing.

When you talk with your friends, family and acquaintances about things that you or they like to do, the ones that are the most confident and apt to continue in that conversation are those who have a keen and expansive knowledge of the subject you are discussing. While some may believe what you are telling them, there are those that KNOW what you are talking about. 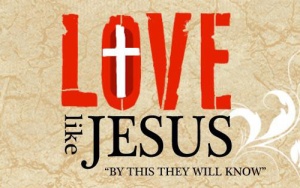 So it is with keeping the Words and commandments of God. The proof of our knowledge of His love within us is in the confidence and assurance with which we walk day in and day out in that love that is in our hearts and souls. Thus, that confidence and assurance of that knowledge is confirmed, “By this we know that we are in Him.” Notice again, and I know I harp on this a lot, but notice the Apostle didn’t write, “by this we BELIEVE that we are in Him.” Rather again, it is perfected in our KNOWING, our knowledge, thus it shows in how we conduct ourselves.

The reason I spend so much time on the difference between believing and knowledge is the confidence, the assurance, the strength that it gives the individual when life throws its storms our way. The enemy has a harder time penetrating the armor of an individual who KNOWS something emphatically as compared to someone who is still learning the extent of the truth by just believing. Also, a word of caution to those who may be trying to digest what I am saying; in this instance do not confuse the concept of FAITH with the believing that I am expounding on. Believing in this case is trusting what someone may say and walking in that trust until you have the knowledge beyond doubt within yourself that it is right and true. Faith is a form of believing but it will ALWAYS transcend mere believing for Faith is a spiritual gift given to every believer in some measure by God our Father, (Romans 12:3).

What we do with that measure of faith determines how much it grows and multiplies. Faith WILL grow and multiply the more we use it and walk in it. It is also the one gift that allows us to actually PLEASE our Heavenly Father, (Hebrews 11:6). Believing however, whether in something or in a concept doesn’t grow and multiply, but rather as stated time and again, it transforms into knowledge, something that in the users mind becomes undeniable fact!

So, by the fact that we KEEP His Word and demonstrate it in our everyday walk, we KNOW, we have factual knowledge that we are in Him, because HIS love has been perfected in us!! What an amazing sentence, just full of blessing and assurances!!!

1 John 2:6, “He who says he abides in Him ought himself also to walk just as He walked.”

Now comes one of the things that causes me great consternation and alarm in this day and age in which we live, and I will expound on that in just a moment. John is saying here, simply stated, “if we say WE abide in Him, Christ Jesus, then we ought to walk, or to act and demonstrate His character just as He did and still does.” Simple and to the point.

Here’s my pet peeve. Everybody today is a Christian, just about. You can take a survey in the U.S. and probably, (it has been done) about 84% of the population describe themselves as Christians. Why then is the U.S. just about ready to crumble as a nation? We have more ungodly and corruption in the public eye than ever in U.S. history if not in the world. We had a recent Presidential candidate that stated unequivocally that they were the person they were today because of their knowledge and understanding of the Bible, a person who has been proven countless times to continue to lie, manipulate and deceive. Yet, they believe they are a Christian!

Don’t get me wrong, Christians are NOT perfect, but by the same token, we STRIVE NOT to live the life that we formerly lived. Are you aware, that the term Christian, was only used to acknowledge the disciples of Christ Jesus and that acknowledgement came from non-believers? It was first applied to the disciples of Jesus in Antioch (Acts 11:26). Even when Peter used it in his Epistle, found in 1 Peter 4:16, he was talking about those that suffer under the title of Christian, to do so gracefully and with honor.

In truth, it was the world that labeled the disciples of Jesus Christ as Christians. They certainly had no clue that the title, Christ, meant anointed one for in most cases the word Christian was used in derision. The term Christ, contrary to what many believe is not Jesus’ last name or even used as Mr., or Dr., but rather is a title referring to WHO He is. He is Jesus, the Anointed One (from God) or as I like to write much of the time, Christ Jesus, (The Anointed One, Jesus). As stated it refers to WHO He is and is a title of respect and adoration. He IS Jesus, the Son of God, Who came as the Messiah to man, the Anointed One of God!

So what is to show the world that those of us who are labeled Christian are any different from what the world claims to begin with? Again, John said it simply and to the point, “If you SAY you abide in Him, then you ought to ACT like Him!” (Paraphrased).

The Bible is our Guidebook. It is our Roadmap that shows us the way back to a relationship with our Heavenly Father but that can only be obtained through Jesus Christ and the power of the Holy Spirit. It is the written Word, showing us the character and nature of the Living Word, Jesus Christ. If we want to know His character and nature and how we are to emulate that same character and nature, then we find it in the Living Word, the Bible! You won’t find His nature, His personality in the wisdom of the world. Contrary to popular belief, many roads do NOT lead to Him for the inspired Word tells us, “Enter by the narrow gate; for wide is the gate and broad is the way that leads to destruction, and there are many who go in by it. Because narrow is the gate and difficult is the way which leads to life, and there are few who find it.” – Matthew 7:13-14.

You might be thinking to yourself right about now that Pastor Roland is starting to hit on the legalistic, bordering on legalism. But remember, John made it clear in verse four, we keep His word not out of obligation or even obedience, but out of the perfected knowledge that His love is within us and THAT is what drives and motivates us!

Let me explain something about that word, abide. This word means to stand steadfast, to be grounded as solid as a rock, so to speak. Nothing can cause a person who abides to waver; not storms, not obstacles, nothing. As we draw closer and closer to God our Father, through our relationship with Jesus the Son, and empowered by the Holy Spirit we become more and more one with Him. Is it any wonder that the Scriptures speak so much of the oneness of the Body of Christ with Christ Himself at the head. To be one with Christ as Christ was one with the Father encompasses abiding in Him.

Now this brings something else up that has been so misinterpreted and so taken out of context in our church-world today, the concept of judging! You will find very well-meaning Christians tell you that no matter what, you are not to judge; but —- there are specifics given in the Word of God and if you take the WHOLE counsel of God then you have to STUDY the Word and not just gloss over it today! I know that with our hectic and furious lifestyles, it is hard to spend time, but time must be made for you are not talking about the mere 80 years you might live on the Earth, but you are preparing for an eternity that will never end. Think of the time you spend now as preparation for that which is much grander to come!

Read ALL of Matthew 7 and you will see the first part that states do not judge, is stating that we do not have the right
to condemn or sentence to death another; but the second half tells us TO judge, to discern what is false as compared to what is true and right. Now with that in mind, consider this, if you know how Jesus was, if you know how He talked about circumstance and situations, and how He presented Himself to others in circumstances and situations and you see someone walking and talking totally opposite to what you KNOW Jesus would do or how He would be, you don’t have to judge, because the facts, the truth is playing out right before your eyes! If someone acts and talks opposite of how Jesus did, then they CAN’T be a part of Him as the ABIDING branch because that person is only going to produce the exact same fruit as the Vine in which he abides! That’s not judgment, that is truth as compared to falsehood. John was trying to make sure the believers were 100% confident and sure about this.

The Lord wants us to be strong in our knowledge and understanding of Who He is and to understand that to abide in Him, brings us strength, confidence and assurance to move forward in a world that doesn’t want us to walk in Him!

Next post we will begin with 1 John chapter 2 verse 7.