In our society, we’re witnessing the decline of conscience. Yes, CONSCIENCE! You can add it to a growing list of either endangered or extinct behaviors along with “common” sense, chivalry, respecting authority, etc., you get the picture.

It’s concurrent with the unfashionability and political incorrectness of certain traditional beliefs associated with Christianity and Judaism. Does anybody see a connection yet? If you subscribe to these traditional beliefs, you are immediately stereotyped as a wild-eyed fanatic, someone to be feared, someone to be put on a watch list, very similar lists that are cropping up in many of America’s public organizations, someone labeled an “extremist” and all just for believing a message that’s been accepted by millions of people for centuries before us. Yet, exactly concurrent with today’s declining conscience has been the subsequent increase in crime, hate, unethical behavior, corruption and apathy, all accompanied by the public trashing of this traditional faith. I say again, doesn’t anyone see a connection? The only group that it’s actually “politically correct” to hate, is the group that still holds to these traditional beliefs.

The ideology of some has been that conscience has become something to be purged at all cost. According to the philosophical gurus of today, conscience is an aberration of the mind. If it feels good, do it! No consequences to worry about! No wonder we have children killing children and seeing nothing wrong with it. But conscience for the unredeemed is like a pain receptor, only for the soul. It is meant to be a check, a red flag that something in my nature may be wrong.

If a person deadens all pain in the physical, sooner or later you’ll lean against a hot stove and burn your hands and fingers. Or maybe cut yourself with broken glass and bleed to death. If you deaden your conscience by ignoring the “checks”, you’ll eventually find the rest of your mind, your thought processes, in a similar situation. Conscience to the unredeemed is like conviction or convincing (by the Holy Spirit) to the Christian. It is the stop-gap by which the soul is letting your mind know something must change for the better.

Most Christians can look back and see that it was a check or some emotional pain, that led them to seek out something better which was to be found in the redemptive quality of our Savior, Christ Jesus. As Christians, we trade in conscience, which can be deadened and become ineffective as a warning tool for the psyche, for the Holy Spirit’s conviction (convincing of “rightness”) which is stronger than conscience because of God’s grace and mercy that motivates it, AND the fact that when you surrender your WILL to the Lord, His presence AND His voice will never leave nor forsake you. Following are some Scriptures that illustrate the danger of allowing one’s conscience to become deadened.

Romans 1:28 And even as they did not like to retain God in their knowledge, God gave them over to a debased mind, to do those things which are not fitting;
29 being filled with all unrighteousness, sexual immorality, wickedness, covetousness, maliciousness; full of envy, murder, strife, deceit, evil-mindedness; they are whisperers,
30 backbiters, haters of God, violent, proud, boasters, inventors of evil things, disobedient to parents,
31 undiscerning, untrustworthy, unloving, unforgiving, unmerciful;
32 who, knowing the righteous judgment of God, that those who practice such things are deserving of death, not only do the same but also approve of those who practice them. (NKJV)

God Bless each and every one of you mightily in Christ Jesus! 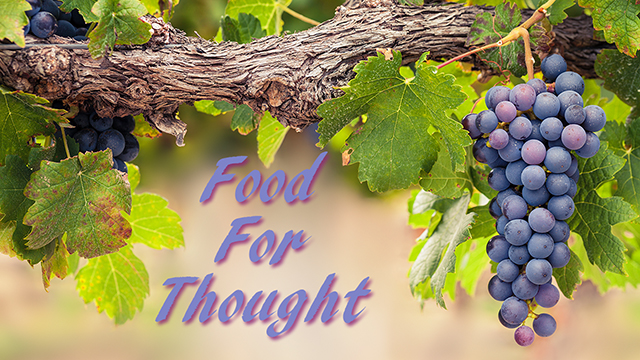 Pastor of Oasis Bible Ministry, an outreach ministry of intercessory prayer, encouragement and exhortation of the Word of God and author of the ministry blog, For The Love of God. I live in Delta, Colorado with my beautiful wife of 50+ years and a beautiful yellow lab whom we affectionately call Bella.
View all posts by Roland Ledoux →
This entry was posted in Food For Thought and tagged Bad Behavior, Behavior, Bible, Choices, Conscience, Conviction, Convincer, Holy Spirit, Instruction, Pain, Political Incorrectness, Religion, Romans, Scriptures, Spirituality, Teaching. Bookmark the permalink.